The History of RAM 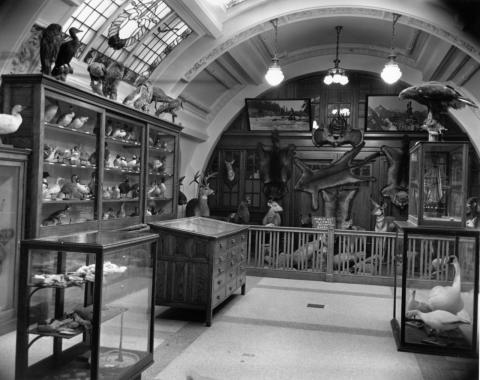 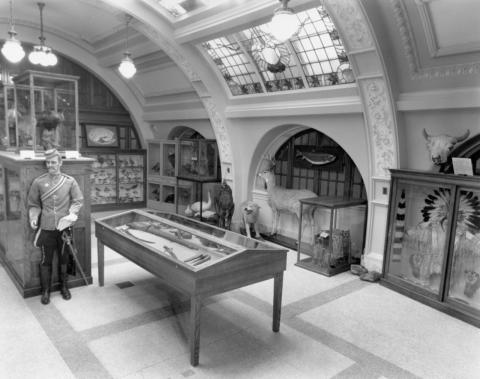 Many do not know that the museum’s beginnings were rather humble: one small room in the Alberta Legislature known as the Carillon Room. Prior to 1967, this room at the Legislature was used as the provincial museum. 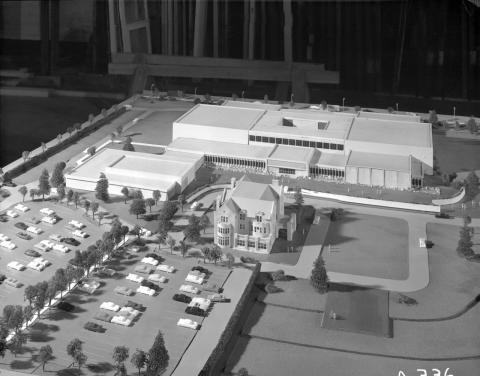 The Plans to Build and the Opening

Planning for the museum had begun in the 1950s, but a museum professional was not hired to guide the project until 1962. In 1964, federal funding and matching provincial funds were announced and Raymond O. Harrison, an Australian, was hired and given five million dollars and three years to find a site, construct a museum, hire staff, build collections, and prepare exhibits to fill 4000 square metres.

The RAM opened to the public on December 6, 1967 under its original name: The Provincial Museum of Alberta. On the museum’s opening day, visitors were introduced to three main floor galleries: Fur Trade, Native Peoples of Alberta and early photographs of Aboriginal people taken by Ernest Brown and Harry Pollard. Second-floor galleries focused on Agriculture, Pioneer Life and Industry and Commerce. 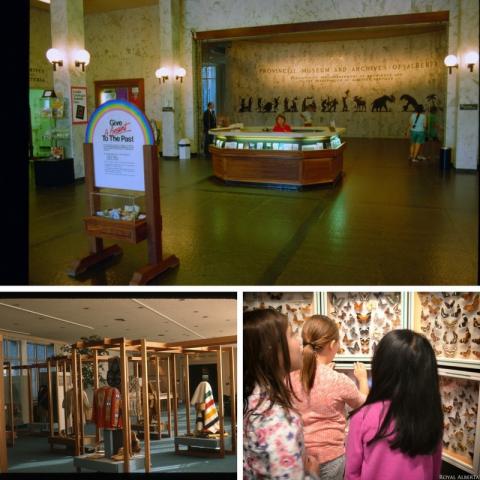 The museum expanded continuously throughout the 60s, 70s, and 80s, adding a range of curatorial programs and staff. The Friends of Royal Alberta Museum (FRAMS) Society was formed in the 1980s. FRAMS continues to operate today and its volunteers provide invaluable support to the museum through fundraising, and assisting with public and school programs and collection acquisitions.

During the 1990s the museum’s management team decided upon a radical shift in programming with a concerted effort to increase its audience. The ground floor Indian Gallery was dismantled to create a large feature exhibition space. Over the next dozen years (from 1989 to 2001), the museum embarked on an ambitious program of feature exhibitions - some travelling from other museums across North America, others entailing collaborative ventures coordinated by the museum - that brought extraordinary collections from across North America, Europe and Asia. In all, more than 175 exhibitions were presented. 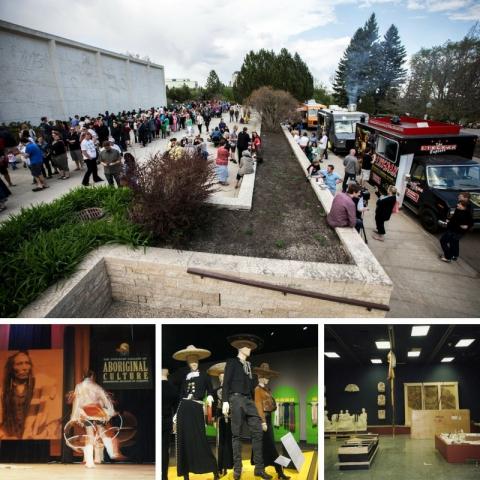 In 2005, the museum was renamed the “Royal Alberta Museum” in honour of Queen Elizabeth II, who visited Alberta that spring. 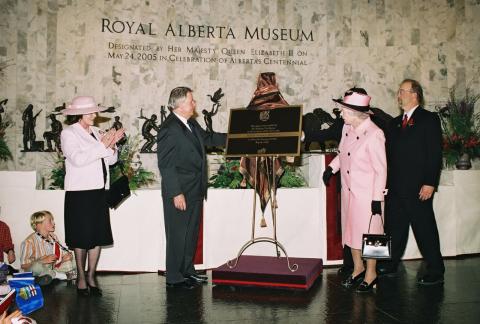 Deciding to build a new museum

On April 6, 2011, then Premier Ed Stelmach announced that a new Royal Alberta Museum would be built in downtown Edmonton. An international design-build competition was launched, ultimately attracting high international interest, including submissions from two Pritzker Architecture Prize-winning architects. In the end, the project was awarded to a local team, Ledcor Design Build (Alberta), which included the architectural firm, DIALOG. 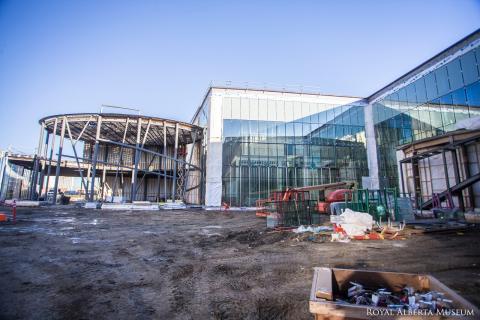 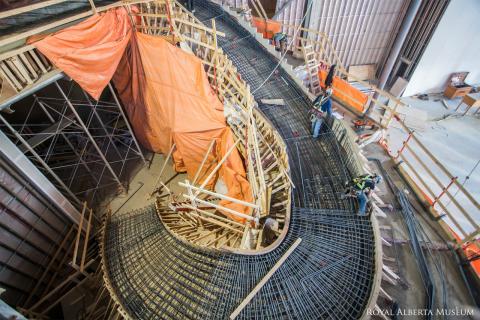 On December 4-6, 2015 the museum hosted one of its most ambitious events yet: a 48-hour closing party to celebrate 48 years of RAM. Nearly 36,000 people came out to visit the Glenora galleries one last time before they were closed permanently for the move downtown. Thousands of museum memories were shared with staff during that weekend – adding to the exciting possibility of many more thousands waiting to be made in the new space downtown. 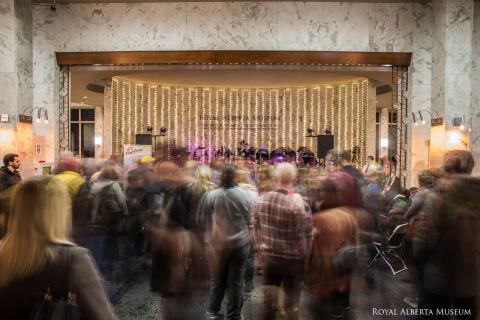 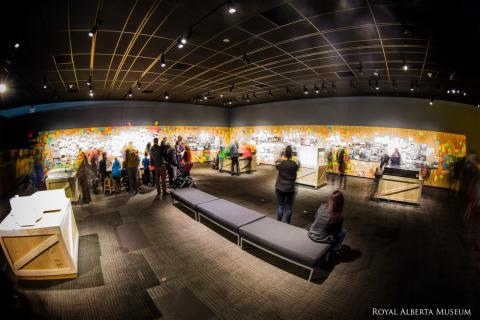 The museum move proved to be a mammoth undertaking that required time and specialization. Aside from moving millions of artifacts, staff dedicated countless hours to developing new galleries, multimedia and stories that aim to inspire and educate visitors. In 2016 construction of the building was completed, marking the beginning of gallery development: building the hundreds of exhibits that cover over 25,000 years of Alberta history. And, of course, preparing for the day we open the doors. 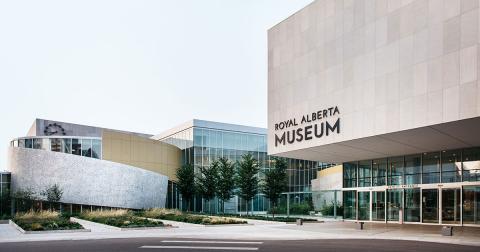 The new Royal Alberta Museum officially opened its doors to the public on October 3, 2018.

After years of construction, moving millions of objects, creating new galleries, installing exhibits and putting on finishing touches, RAM welcomed its first visitors in its new location. For the first six days, visitors could explore their provincial museum free of charge. More than 41,000 people visited during those six days. 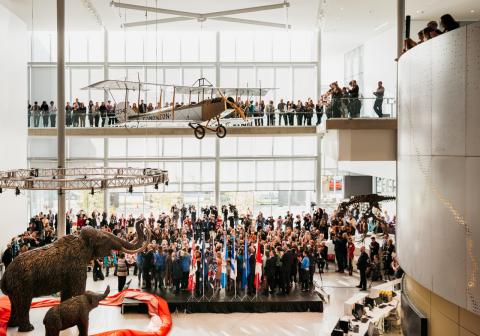 More than 5,300 objects are featured in a variety of galleries. The new Natural History Hall celebrates the wonders and diversity of the living world, from the tiniest lichens to the mighty mammoths that once roamed the province. The Human History Hall shares compelling stories of who we are, from the earliest people to the Albertans of today. The experience is rounded out by the new Bug Gallery featuring live invertebrates, a 2,130-square-metre (7,000-square-foot) Children’s Gallery, and a state-of-the-art feature gallery space that hosts international exhibitions, alongside the Museum Shop, café and theatre space.

The new galleries share more of the countless treasures and stories in the museum’s care, offering visitors a better understanding of what epitomizes Alberta. Objects collected by the museum over the past 50 years are central to the exhibits, and the stories they reveal offer insights into the people, places and processes that have shaped Alberta.