Buttons have a very long history. For as long as there has been clothing, it would seem that buttons were used to hold two pieces of fabric or fur together. Through time, people have used different materials to create new versions of this very simple, but noble object. Now buttons play a multitude of roles, from practical to lavish adornment.

How to: Sew a button

Did one of the buttons on your favourite vest come off? Let this cute bear show you how to fix it! 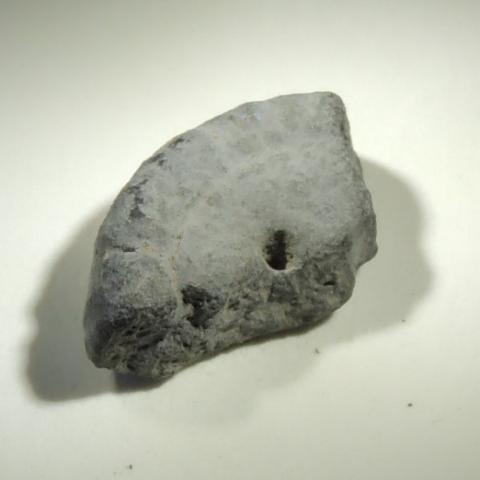 A prehistoric button! RAM’s Archeologists believe this to be a piece of a very old button, possibly made of limestone.

Based on its size and shape, this metal button likely attached suspenders to a pair of tailored pants.

Archeologists discovered this button at the original Fort Macleod site.

In 13th century Paris, buttonmakers were formed into guilds, each specializing in the material they were trained to use such as metal, ivory, horn and bone.

By the 14th century, guild-made buttons were part of the European economy.

Sometimes it is handy to be able to take your buttons off of your clothes, either to change the look or for cleaning.  One set of buttons was often used to fasten different garments or uniforms especially if they were made of metal. Removing the buttons before washing prevented rusting.

The invention of the button shank, a loop on the back side of the button, made that happen! The shank is pushed through a hole of the garment and secured with a metal strip threaded through the back.

Here is an example of a removable button commonly used on nursing uniforms up until the 1940s.

The invention of shanks also allowed for the changing of button styles giving the same garment a different look.

The back of this button is made so that the button face can slide on and off a shank.

This button was excavated at the Fort Macleod site and dates to 1874-1885. 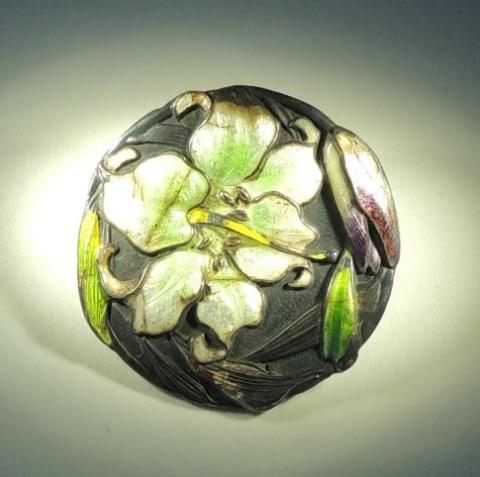 Because most settlers in Alberta lived practical lives, simple functional buttons were needed.

Later, ornate buttons like this one were used to adorn clothing, initially being imported from overseas. In order to reduce imports, jewelers, silversmiths, and clockmakers began making metal buttons. 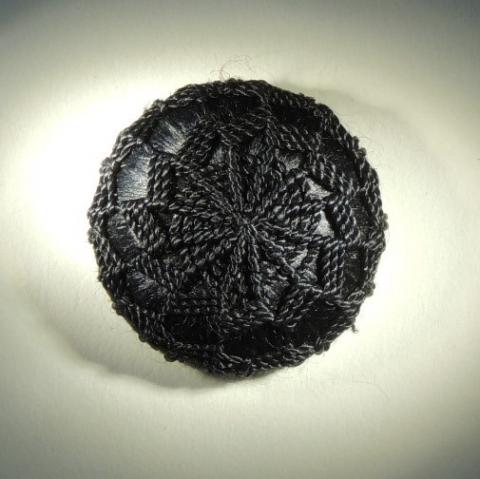 Black Needlework Button
Wound thread base and overlaid with a needlework design, mid-1800s

During the 17th century, fabric, crocheted or wound buttons were fashionable. These were used mostly as decorative elements for a garment.

Fabric buttons became desirable because they could be made to match the rest of the garment.

It is interesting to note that in France during the 17th century, fabric buttons could only be made with silk in order to protect the silk industry.

In England, however, fabric buttons were prohibited. Buttons had to be made from metal in order to protect this industry.

Buttons were very popular during the 18th century, especially for men. Their clothing changed to accommodate more buttons. Double-breasted vests are an example of the need for additional buttons. New materials such as porcelain, shell and glass begin to appear. 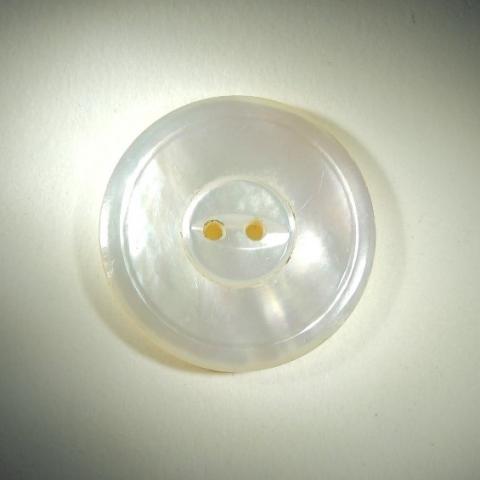 This shimmery button has an oval depression in the middle, a defining characteristic of a “fish-eye” design.

By the mid-19th century, men’s garments were less flamboyant. The Paris haute couture became influential for women’s fashions and buttons became the women’s domain. These buttons are an example made specifically for women’s garments. 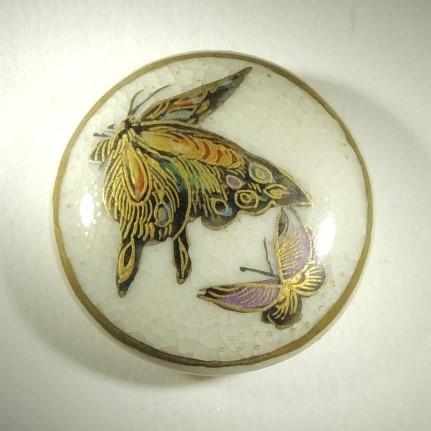 In 1854, the Japanese ports were open for trade, introducing satsuma buttons like this one.

This glass button was made to imitate an ornate fabric button. 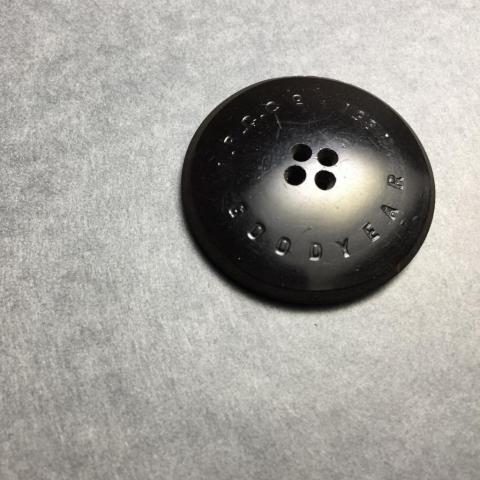 In 1851, after many years experimenting with rubber, Charles Goodyear patented the process of making hard, volcanized rubber. Although his father was a button maker, Charles did not make buttons.

However, anyone who manufactured rubber buttons had to include the 1851 patent date and the name Goodyear. In 1898, Frank Seiberling established the Goodyear Tire and Rubber Company in Akron, Ohio. The company was named after Charles Goodyear.

Vegetable ivory was made from corozo nuts. Although an economical substitute for ivory, the nuts were too small for making buttons larger than one inch across.

By the late 19th century, celluloid, the first plastic, was invented.  Unfortunately, celluloid was flammable so its popularity was short lived.

Today, the majority of buttons manufactured are made from plastic and other synthetic materials.